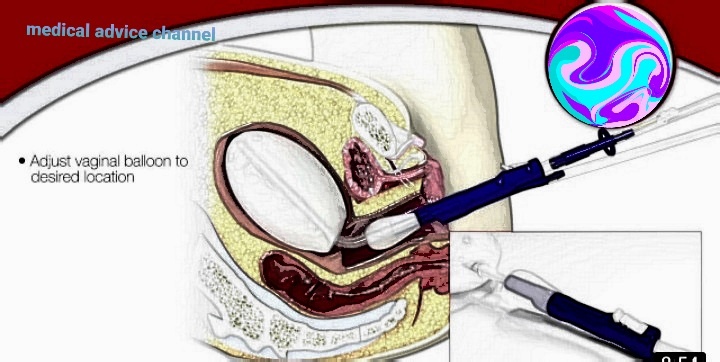 Don’t confuse a tampon with a uterine balloon tamponade. A uterine balloon tamponade prevents postpartum hemorrhage by applying pressure to the bleeder (a bleeder may be a vein or tissue). A tampon on the other hand, is a tube like pad used by ladies when on their periods. It is simply inserted into the vagina and it collects or in a more suitable term, absorbs the menstrual blood.

During the procedure, the woman should be placed in a Lloyd Davies position, commonly known as the lithotomy position, this is a common position used in obstetric procedures that involve access to a woman’s sexual organs and during delivery. This is because the position makes the uterus more accessible in a manner that can not cause any harm.

Anesthesia Should administered during the procedure. Remember that there is bleeding, and possibly pain, and therefore it is not a procedure to be done without anesthesia.

Hemostatics such as iron folic acid and blood transfusion must be available. This is in order to restore lost blood and help the body in replacing the lost hemoglobin.

There must be a functional operating theater which is accessible and functional. This is helpful incase the bleeding is excessive which might be life threatening.

A balloon that is filled with water is inserted into the uterus, reducing the pressure on the systemic artery.

Packaging using several rolls of gauze packed inside the uterus to put pressure on the bleeder and try help in formation of a clot that will help close the bleeder.

Ways of testing a Uterine tamponade

Once the catheter or balloon is firmly in situ, it’s tested by application of gentle traction, if minimal or no bleeding was observed at the cervix, or there was only minimal bleeding into the gastric lumen or the Cather then it was considered a success in this case, a possible hysterectomy was avoided.

The balloon is inserted into the uterus buy use of an ultrasound to visualize it’s position in the uterus and filled with warm sterile water warm saline (this has a risk of crystallization) until the distended balloon was visible at the lower internal cervical os or until it was palpable per abdomen and surrounded by a well contracted uterus the balloon is then supported at the vagina by use of sterile gauze or sterile pad.

This is a non inversive and conservative procedure.

There are several types;

Tis is a three way catheter balloon used to minimize or arrest bleeding it’s easy to use and does not require specialization use of a 60 – 80 cc syringe to inflate the balloon. Then warm sterile water is inflated into the balloon a greater than 500 MLS of fluid can be used depending on size and contraction of the uterus, it’s made of pure latex hence expensive the main disadvantage of this method is, it’s an esophageal catheter hence not designed for the uterus making it hard to occupy the shape of the uterus fully.

In this case, a normal condom can be used to arrest bleeding, it’s cheap and readily available. Similarly does not require specialization to be used. A normal catheter is inserted into the condom and fastened by use of a rubber to strongly hold the catheter… Up To 150 Mls of warm saline is then used to hold the uterus preventing the bleeding.

There are disadvantages to this method ;

This is use of several gauzes to arrest bleeding by putting pressure on the bleeder. In this case, sterile gauze is packed into the uterus applying pressure this method though commonly used is the most dangerous of all methods below are some of it’s disadvantages;

Is a 2 way catheter. A 60 Mls bladder syringe is used to inflate the catheter. It holds a maximum of 500 Mls the procedure of insertion is similar to that of SENGSTAKEN BLAKEMORE TUBE.

Here using an ultrasound, it’s inserted into the uterus ensuring the deflated balloon settles in the internal cervical os. During caesarian section, the balloon can be inserted through the incision site, and the inflation part pulled through the cervical os into the vagina with the help of the assistant, ensure the deflected balloon settles in the uterus. It’s then sutured carefully ensuring you do not puncture the deflected balloon. Then iodine packed cause or prophylactic gauze is put in place to ensure support of the balloon in site iodine/prophylaxis helps prevent infection.

The only disadvantage of this method it’s expensive hence not affordable.

Care and management of a uterine tamponade

It should be managed in ICU where close monitoring of vital signs occurs, fluid input and output monitoring.

Continued oxytocin infusion to help keep contraction for over 24 hours to help in maximum contraction of the uterus.

The mean time to balloon the uterus or package is a minimum of 8 hours and a maximum of 48 hours to completely reduce the bleeding.

A graduated deflection is used this means to deflect do not withdraw the entire fluid once. Instead withdraw about 10 -20 Mls of fluid over a longer period of time to prevent dropping of the balloon.

Tips to Save on A/C This Summer 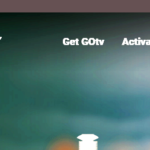